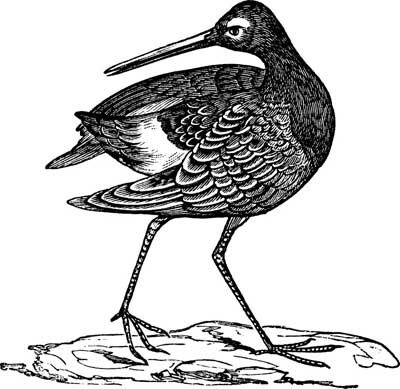 Limosa Music is the publisher of Alison West's music. All of her choral works are unaccompanied unless otherwise indicated. For information on prices, and postage and packing charges, please contact Alison at alison@alisonwestcomposer.co.uk.

If I were a blackbird (2017). A wistful, sometimes dreamy, sometimes passionate rendition, popular with audiences. An original setting of an old song. SATB, occasional divisi, 5 mins. Also available as SSAA. PDF sample.

The Outlandish Knight (2016). A dramatic setting of a very old folk song (for which many different tunes have been written) in which a young woman finally gets the better of a murderous knight. SATB, occasional divisi, 6 mins. Also available as SSAA, either a cappella or with midi instrumental accompaniment. PDF sample

The above three pieces are also available as a compilation: Old Songs, New Tunes.

Rehearsing the languages of birds (2006, 2008, 2017). Alison’s first composition, but much revised! A collaboration with the poet Donald Atkinson. A substantial piece, about birdsong, and the love between conjoined twin sisters. Often polyphonic, with dense, rich textures. SATB with occasional divisi, plus small soprano & alto solos. Duration approx 15 mins. PDF sample

Afresh, seven times (2008) A second collaboration with Donald Atkinson, setting seven short, haiku-like poems about moments in the natural world. This piece is more antiphonal, spare, experimental, but with varied moods and textures. The seven pieces all work and are available as stand-alone pieces (see below). SATB with divisi, 15 mins. (Individual pieces approx 2 mins each.). Also available as SSAA.

In the blue PDF sample

Under the snow PDF sample

In the orchard PDF sample

The Parable of the Fig Tree (2007) A sacred piece, with text from St Luke’s Gospel. SATB, some divisi in S and T, with A and B solos. Duration approx 3.5 mins. PDF sample

And so we built (2012) Commissioned by Hebden Bridge Community Association and performed at the opening ceremony of the new town hall building in June 2012 by singers from several local choirs. The words would be appropriate for the opening of any new building. SATB with occasional divisi, 4-5 mins. PDF sample

To make a prairie (2011 & 2020) is a setting of three poems about bees by the poet Emily Dickinson, and is about the warm, vivid places to which our imaginations can take us. The tunes of the poems, which partly overlay each other towards the end of the piece, together with the strings, express the lushness and abundance of the landscapes which the bees work so hard to create. In the absence of live cellos, the instrumental track to accompany the voices may also be supplied separately. SSAA + 2 cellos OR an instrumental midi track. Duration 5-6 mins. PDF sample

What the wild birds say (2013) A setting of an Edward Thomas poem about a bereft lover who is not quite consoled by the birdsong she hears all around her. Rich and homophonic, with a tinge of melancholy. SSA, 2 mins. PDF sample

Watergreen her eyes (2014) A setting of a poem by Donald Atkinson about the writer Nan Shepherd, and her life-long deep relationship with the Cairngorm mountains. SSAA accompanied by small harp, 7 mins. PDF sample

Sea Songs (2009, 2015, 2017) An atmospheric setting of four Emily Dickinson poems about the sea. All four pieces work and are available as stand-alone pieces (see below). SSA, approx 12 mins.

The errand of the eye PDF sample

An hour is a sea PDF sample

From the parsonage (2010) A collaboration with Amanda Dalton, who is a poet/playwright published by Bloodaxe Books, and whose plays are regularly performed on BBC radio. The three pieces in this collection set versions of poems she wrote while on a residency at the Brontë parsonage in Haworth. All three pieces work and are available as stand-alone pieces (see below). For 4- and 6-part women’s voices, 9-10 mins.

Individual pieces from From the Parsonage:

And the table dances  PDF sample

Pangur Ban (2015) sets an anonymous poem by an 8th century Scottish monk(?) about the comparison between his attempts to write, and the skill in catching mice of his cat Pangur Ban. Light-hearted and humorous. SSAA, 5 mins. PDF sample

Enchanted (2009) A collaboration with the poet/playwright Angie Cairns, about a boat trip to remote Scottish islands. SSA, 4 mins. PDF sample

Did You Not Hear My Lady? (2008) is a setting of a well-known poem which I wrote before I realised that G.F. Handel had beaten me to it! Mine is a bit different… SSA, 2.5 mins. PDF sample

To Eros in Winter (2011) A setting of a short poem by Donald Atkinson about love in old age. SA duet, duration 1-1.5 mins depending on tempo. PDF sample

The following pieces are also set for upper voices; for details, see above.

Hares on the Mountains, If I were a blackbird and The Outlandish Knight

All of the pieces in Afresh, seven times

Alison writes: “One of my lockdown pleasures has been playing duets on my alto recorder with a bass viol-playing fellow composer (see secretperdu.com). When not lost in Bach or Telemann we decided to write some music for each other, and the result is six pieces called Conversations. The three pieces I wrote are below, also now available as alto/tenor recorder duets.”

Swirl was inspired a very short D.H. Lawrence poem: ‘Seaweed sways and sways and swirls as if swaying were its form of stillness; and if it flushes against fierce rock it slips over it, as shadows do, without hurting itself.’ PDF sample

Tiny Fishes was also inspired by a very short D.H. Lawrence poem: ‘The tiny fish enjoy themselves in the sea. Quick little splinters of life, their little lives are fun to them in the sea.’ PDF sample

Fantasia was doubtless a consequence of playing rather a lot of Telemann and Bach... PDF sample.

Season Songs Four short unaccompanied pieces for flute OR solo recorder, each reflecting one of the seasons as follows: Imagine if we could fly like swallows; It’s too hot to play tennis; Fancy a game of conkers?!; In the hoarfrost everything sparkles. 5 mins. PDF sample

Old Songs, New Tunes A setting for recorder quartet (Descant, Treble, Tenor, Bass) of a slightly modified version of the SATB versions of the following pieces:

Hares on the Mountains PDF sample

If I were a Blackbird PDF sample

Conversations is a book of six duets for alto and tenor recorders, written by Alison West and Phil Taylor, three each. See above for more details. Individual pieces composed by Alison are shown below.

These pieces may also be purchased individually.